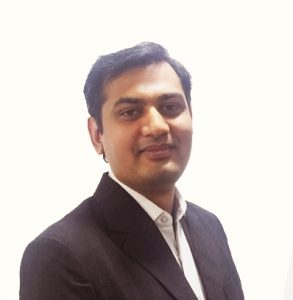 Amit was born and bred in Ahmedabad, Gujarat, India where the MSP office is based.

In June 2001 Amit graduated from Gujarat University with a B.E. (Chemical) with distinction and then carried on with a post graduation course and achieved a MCA with distinction in July 2004.

From this company MSP was lucky to recruit him into their team of programmers in July 2007. Amit's ability was quickly recognised and he was promoted to Team Leader by June 2008. He has had an accelerated rise to the board with his appointment in April 2010 and now has control of our India Office. This has been due to his skill, diligence and complete commitment to the Company. With his extensive technical knowledge and experience in system applications, Amit has made a vast contribution to the MSP Group.